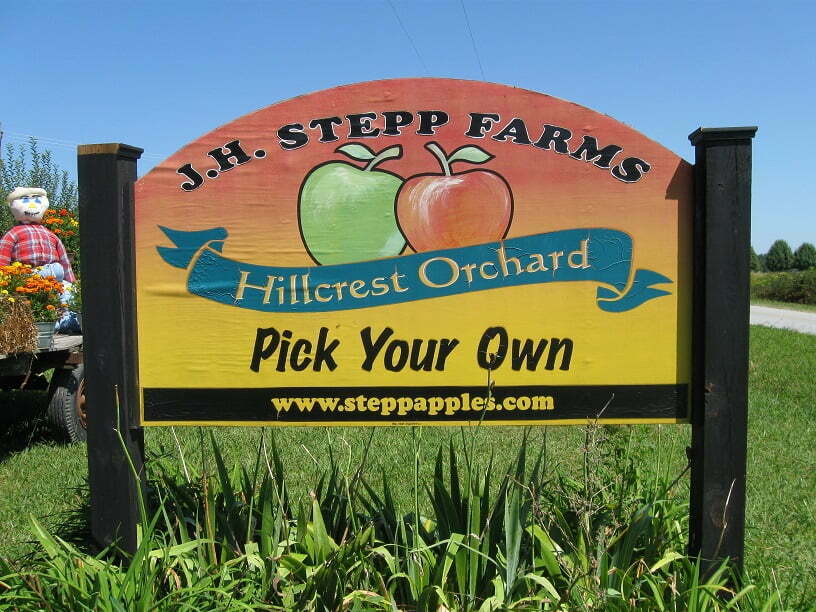 Historically, farming in WNC has been heavily dependent on single-crop industries like Burley tobacco, apples, and Christmas trees. Over the second half of the twentieth century, as the agricultural industry centralized and consolidated, the region lost much of its infrastructure and capital investment for processing and distributing these key products, as well as federal support. For example, Congress officially passed the Fair and Equitable Transition Act (or “Tobacco Buyout”) on October 22, 2004, and the effects devastated local tobacco farming. Between 1992 and 2012, the five counties of Buncombe, Haywood, Henderson, Madison, and Transylvania went from 1,849 farms producing tobacco to just 34. 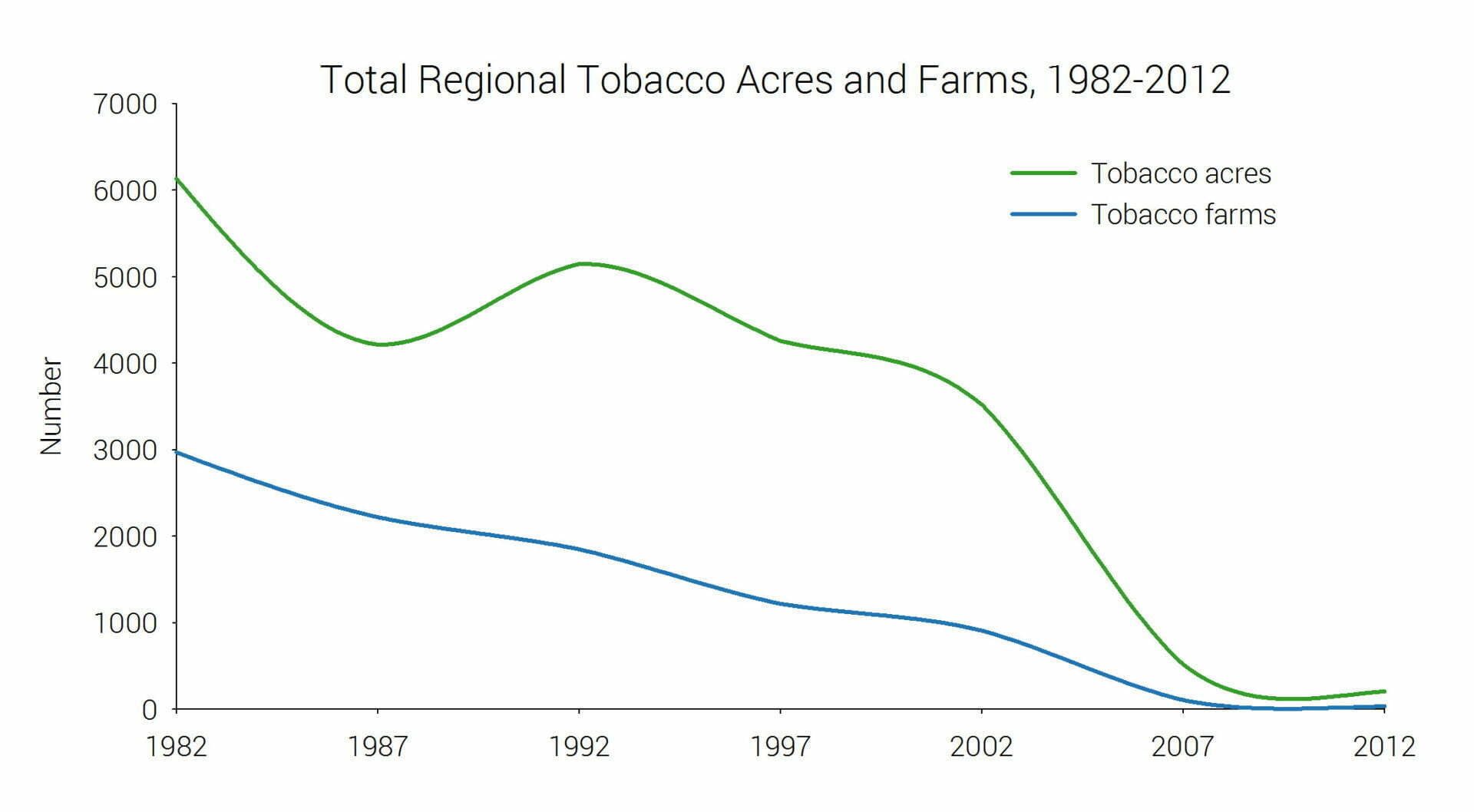 A similar story unfolded with local apple production in Henderson County. Apples had been an important crop in the county since the 1930s, with the majority being processed into juice at regional facilities owned by Gerber and Seneca. In the late 1990s, however, cheaper apple inputs from countries like China led to both Gerber and Seneca closing their WNC operations. The loss of these regional processors took a significant toll on local producers. In the wake of the loss of processing, Henderson County lost over half of its apple farms. In 1992, there were 222 farms producing apples in Henderson County. By 2012, this number had decreased to just 96. 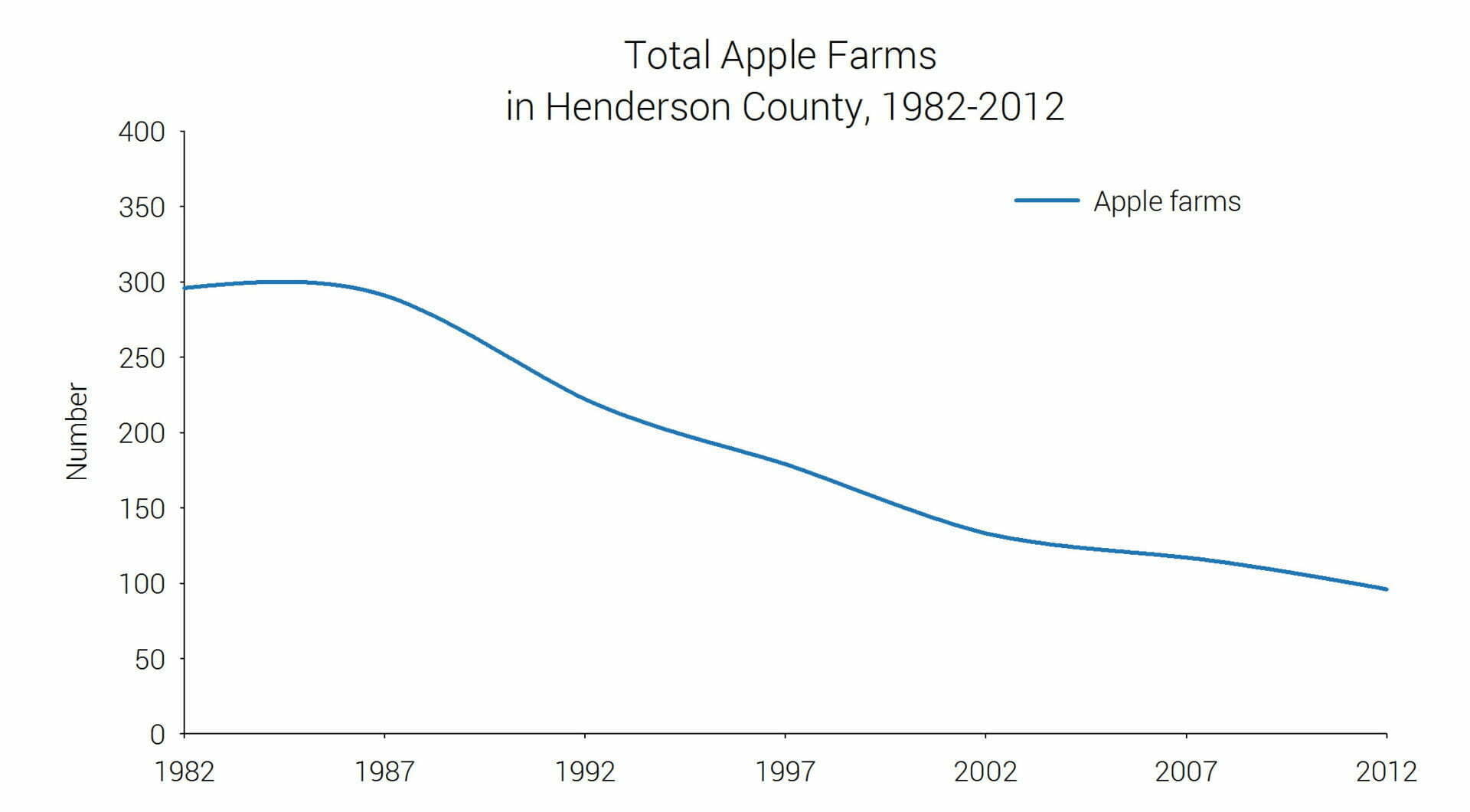 The lesson that should be learned from disruptions of the 1990s is that reliance on centralized outside markets leave a region vulnerable. Because of the shocks of the 1990s, many of the farmers who remained turned to diversification to build a new, more sustainable model for farming. Instead of relying on a single crop and selling to distant buyers, these farmers focused on diversifying their production and selling to a wide variety of buyers through both direct and wholesale outlets. Though the number of farmers engaged in tobacco and apple production fell from 1,136 farms in 1992 to just 130 farms in 2012, the region as a whole lost only 708 farms (falling from 3,773 in 1992 to 3,065 in 2012). This means that some of the farms that had been engaged in tobacco or apple production shifted to new products, including local food for local market outlets.By spreading out both their product offerings and market outlets, farmers reduced financial risks while creating a web of market relationships across the region.

Evidence of the strength and success of this type of locally focused model abounds. In the past 10 years, WNC has welcomed dozens of new farmers markets, selling a wide variety of vegetables, fruits, poultry, flowers, herbs, plant starts, farmed fish, and value-added products such as local jams, jellies, honey, and sorghum, and more. Area chefs, foodies, and food processors can now choose from a diverse assortment of specialty cheeses, wines, and artisanal meats to please even the most selective palate. Participation in local food and farm events like farm tours, food festivals, and conferences focused on local food and agriculture are at an all-time high. As local businesses and residents build ties with one another, the region becomes more economically self-sufficient and less vulnerable to outside forces. 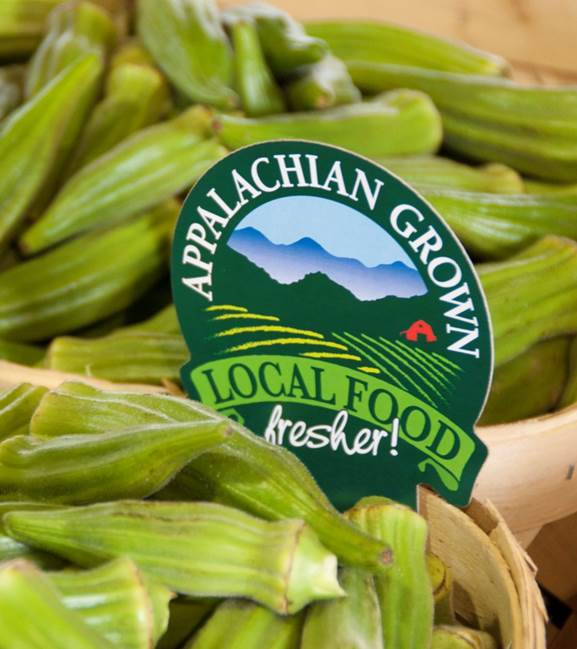 Local food system development includes getting local foods into the places where people shop (logistics and infrastructure), but at its core food system localization is a social process. Changing the food system requires people to shift the way they think about and relate to food and eating, and to develop a different sensibility around their food choices. This shift in consciousness is the foundation of lasting change.

When developed from the ground up by people dedicated to seeing true change in the way their food is produced, sold, and consumed, local food systems boost community resilience and give communities the ability to shape their own future. By supporting a diversity of innovative and interdependent businesses based around local food, people can help their communities to both survive and thrive in good times and bad by building the autonomy of the local economy, fostering entrepreneurship, and celebrating Southern Appalachian culture.

To further explore this topic, interact with the data in the Land of Sky Map Viewer. Available datasets that are most pertinent to the Diversity of Independent Businesses discussion include:

See more from the LOSRC/ASAP/NEMAC project: