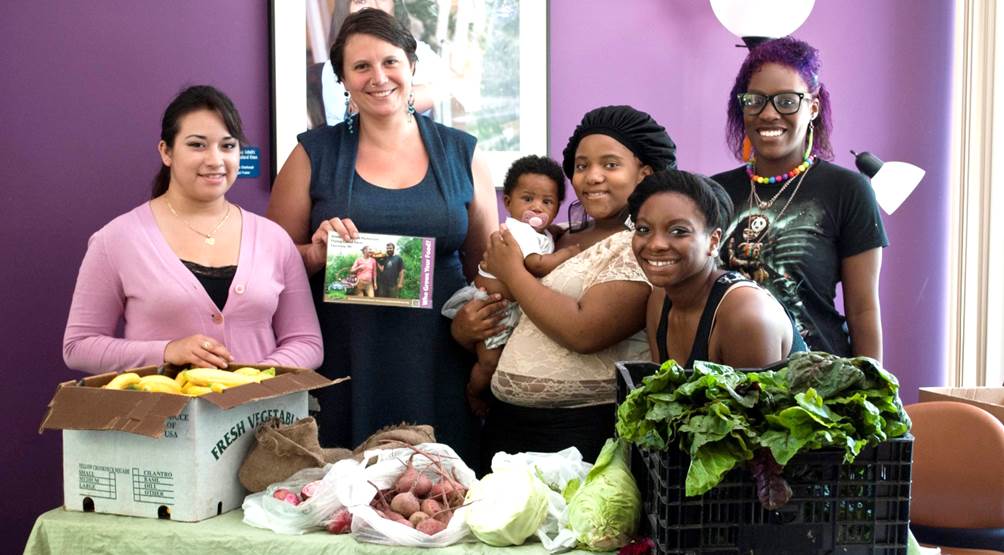 The hospitality and tourism industry, much like the agricultural industry, has been and continues to be a prominent economic force in WNC. The region is home to the two most visited national parks (the Great Smoky Mountains National Park and North Carolina sections of the Blue Ridge Parkway) and the two most visited forests in the country (Pisgah and Nantahala). Just as much as natural attractions are a draw, visitors and residents are increasingly drawn to the area to experience the unique and rich cultures of Southern Appalachian food and farms. In the past 10 years, the five-county region has seen an explosion of opportunities for residents and visitors alike to dine on unique cuisine in boutique and casual fare restaurants, explore the area’s many food festivals, wineries, breweries, tasting events, and food tours, and to prepare homemade meals from locally sourced fresh food ingredients. This multi-faceted and interdependent food scene is supported every day by thousands of residents working to grow, transport, package, sell, prepare, and even dispose of food, and that vibrancy could not exist without them.

As a whole, the five county region benefits greatly from a thriving local food and farm economy, yet the food industry itself is a significant source of poverty—and therefore food insecurity—for far too many families. There is extreme pressure within the food industry to keep prices low and margins tight. Labor, being the single largest category of food production and delivery expense, is therefore tightly constrained. According to the U.S. Bureau of Labor Statistics, seven of the 10 lowest paying jobs in the country are in food preparation, food service occupations, farm work, and farm labor; and around half of all United States workers paid at or below the federal minimum wage are employed in the leisure and hospitality industry, specifically in restaurants and other food service. In the five-county region, an estimated 11 percent of employed adults work as farmers or in the foodservice industry—nearly 23,000 individuals —and (on average) earn less than the average salary of residents in the five counties as a whole. 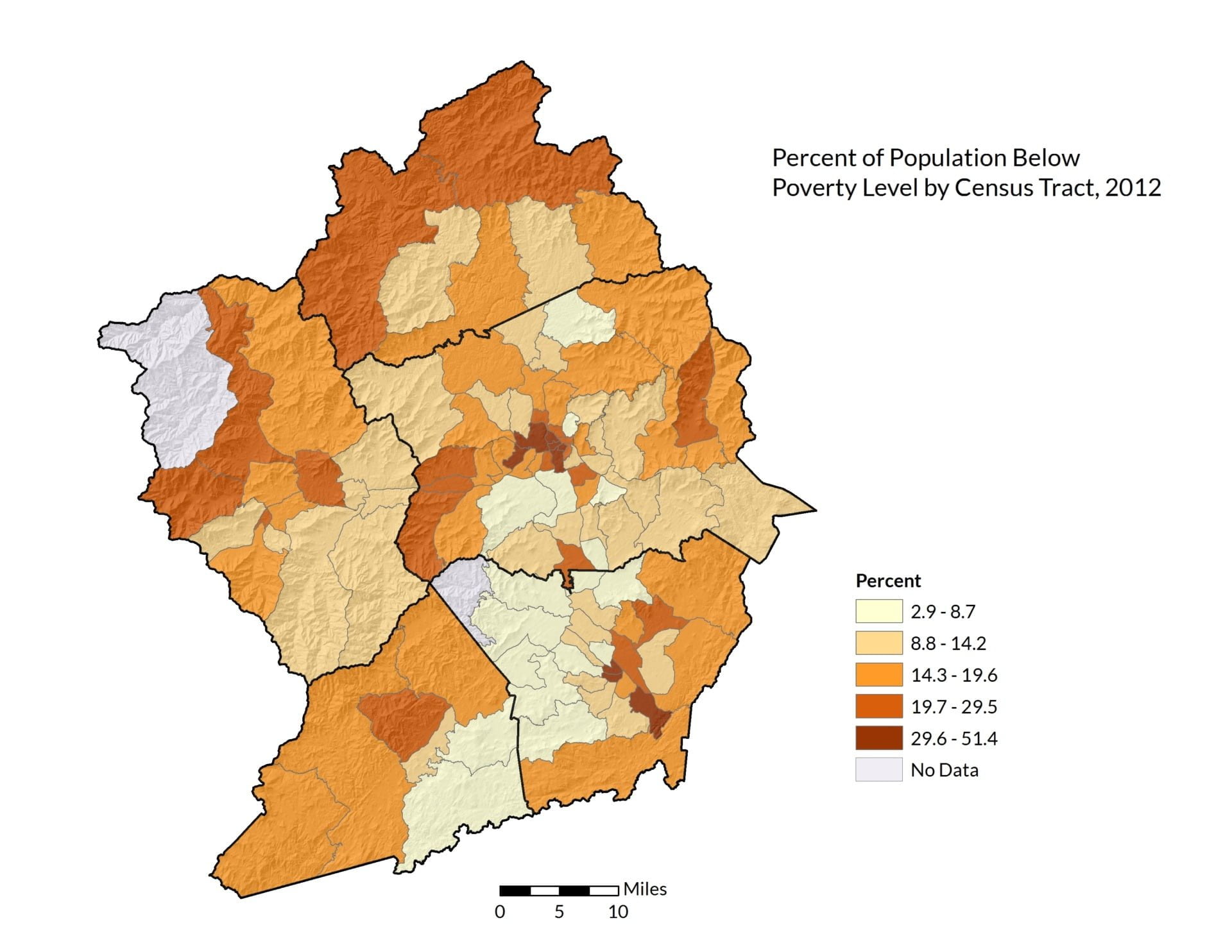 In Buncombe, Haywood, Henderson, Madison, and Transylvania counties, an estimated 16.2 percent of the population lives in poverty (over 76,000 people). This figure is higher than the national average of 14 percent (45 million people) living in poverty in 2013. The most significant factor in food inequity and food insecurity is poverty, and workers in the food industry tend to experience higher rates of poverty and reliance on social safety net programs than workers of other industries (Allergretto et al, 2013). According to the USDA’s Food and Nutrition Service, which runs the Supplemental Nutrition Assistance Program (SNAP), 17.2 percent of the population in the five counties receive SNAP federal food assistance benefits to help them purchase food. Federal and state data on the rates of area residents’ food insecurity, hunger, and reliance on food support programs provides evidence of the connection between poverty and food insecurity in the region. The USDA’s Food Access Research Atlas identifies 52 census tracts that are “food deserts” in the five-county region (75 percent of all census tracts in the five counties) (Ver Ploeg and Breneman, 2013). The food desert designation uses a mixture of income levels and proximity to supermarkets, supercenters, or large grocery stores to define low food access. When a census tract’s predominant population is low income individuals and there is also a lack of food retail options, that tract is identified as a food desert. WNC is home to a number of food assistance and hunger relief programs that can provide support to individuals and families experiencing food insecurity and hunger; however, long-term systemic solutions must tackle the root cause and remove the barriers that keep people in poverty

A thriving local food system has the potential to create the opportunity for residents to effect changes in equity by supporting businesses that promote sustainable livelihoods for their employees and increased market opportunities for farmers. Participation in the local food system empowers individuals to understand the impacts of their food choices, and helps them make a choice to spend their hard-earned dollars with those individuals and businesses that support their values around justice, fairness, equity, and strong local economies.

To further explore this topic, interact with the data in the Land of Sky Map Viewer. Available datasets that are most pertinent to the Equity and Fairness discussion include:

See more from the LOSRC/ASAP/NEMAC project: