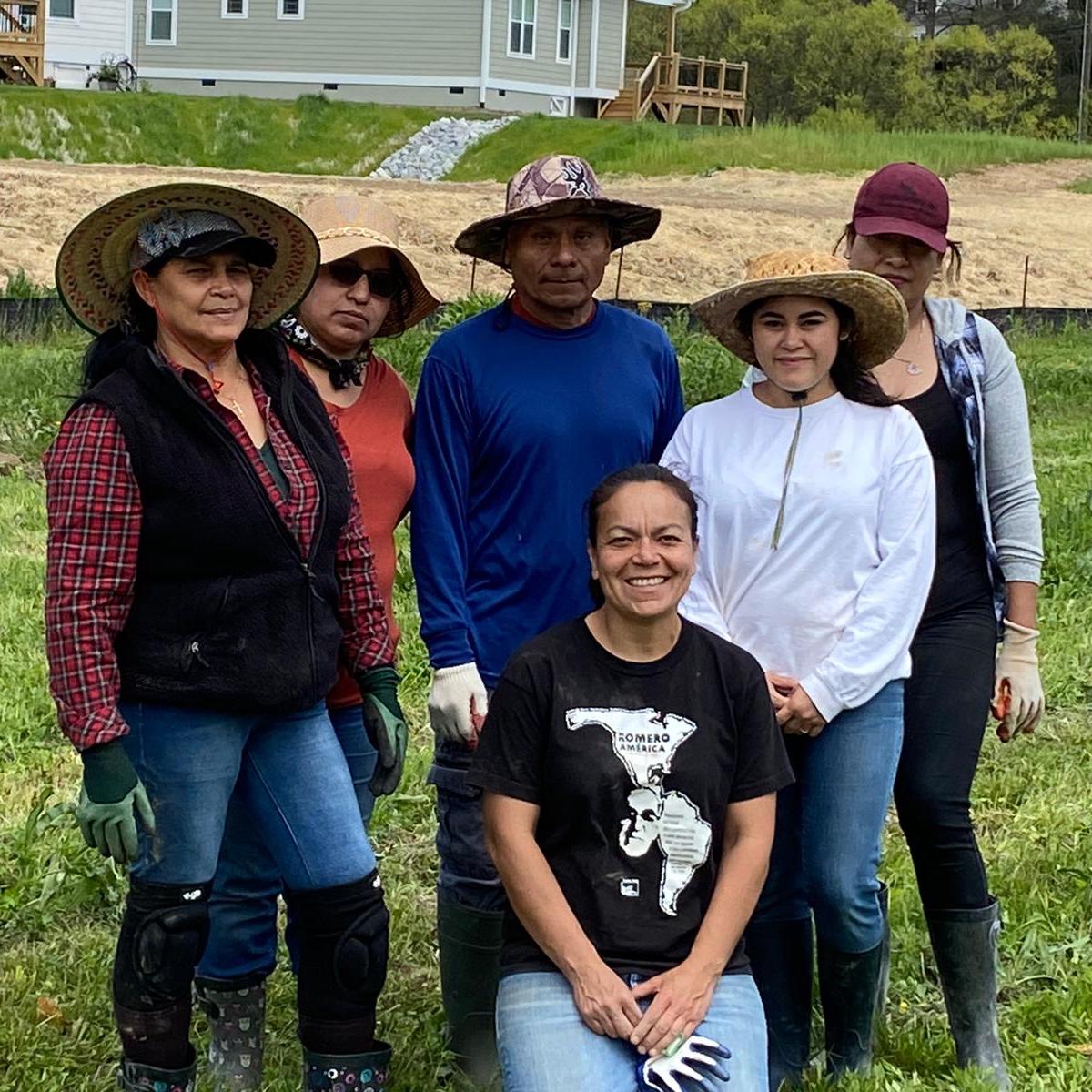 A new group of farmers is sowing seeds in Henderson County, North Carolina. The vegetables, herbs, and flowers they planted this spring are growing alongside their vision for a cooperative farm that fosters social equity and economic opportunities for Hispanic community members.

Tierra Fertil Coop began farming together last year, and while the six members are not an official coop yet, they’ve proven their dedication to working together for the greater good.

“The idea is not having just a personal or a collective benefit, but also to have a social impact. The idea is to also create equity, create more participatory spaces and a democratic way to to thrive.”

That’s Delia Jovel, a founding member of the coop. The act of growing food for her community brings her back to her childhood in El Salvador. In 1980, when she was five-years-old, Delia and her family left the town where she was born to find safety during the civil war. They settled in San Salvador, where she had her first experiences growing food on a quarter-acre piece of land just out of the city. She never forgot the feeling of harvesting oranges, beans, and corn.

Henderson County was an ideal place to start farming because her brother had been living in the area for 20 years and there is a strong Hispanic community there. Delia imagined herself growing vegetables in the county’s fertile fields, but she didn’t picture herself farming alone. She wanted to be part of a collective of like-minded people who could farm together in Western North Carolina during good times and in times of great need.

“When the COVID-19 crisis started for me, that was the moment when I said, ‘It’s no time to wait.’ For many people in our community, Hispanic community members, it was like, OK, we have lost our jobs. We have lost at least one of the main incomes in our home. We have to decide where are we going to cut our budget? And in that moment, the idea of being able to grow our own food became, again, in my mind. This situation could be less difficult if everybody can be able to have their own garden or be able to go to a local farm.”

Increasing food security is an urgent problem, but that doesn’t stop the group from tackling long-term goals as well. They want to work together as a coop to build their collective power in an economy that’s usually geared towards individual business owners. They also aim to create economic opportunities for undocumented community members and incorporate their cultures’ agricultural traditions into their growing practices.

Like many new farmers, coop members Maria, Edith, Ricarda, Gemma, Samuel and Ricardo faced some hurdles before they could get started. Accessing land was a major challenge, so they reached out to their neighbors online. Tiny Bridge Farm in Henderson County replied right away and offered to lease them an acre of land at a “symbolic” price. In addition to the land, the farmers from Tiny Bridge share information, advice, and equipment.

“We feel as a family with them. It’s a very amazing relationship with them.”

The coop found more resources to bolster their agricultural knowledge, like their local cooperative extension agent and virtual workshops in Spanish. They also rely on each other to push back against barriers their communities face and stay motivated as a group of people who believe in building collective power through agriculture.

Although their food and flowers aren’t for sale yet, they believe they’ve already found success by working together to build solidarity through local food.

“Honestly, for me, I was so excited just to see how people have changed their own vision about themselves. We started one year ago with this kind of expression, ‘I cannot do this. I’m not able to do that. I have never grown food.’ But now these people who have expressed that one year ago are growing food. If you are able to change a mind, you can also change a community.”

Find more stories about local farmers working together in the Growing Local archive. This is our final episode, but you can hear the voices and see photos of the hundreds of farmers we’ve interviewed at asapconnections.org.