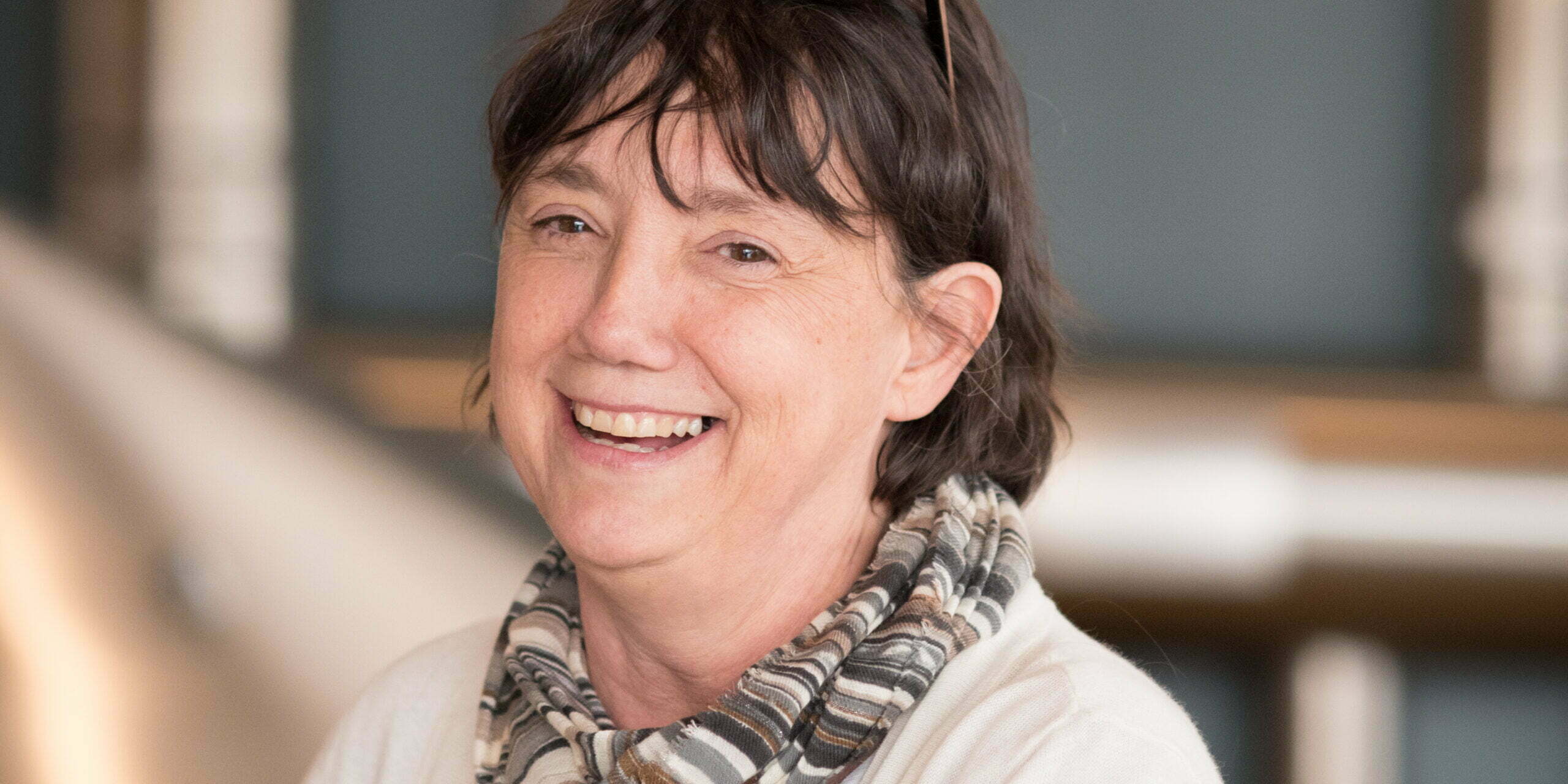 Emily Jackson, founder and director of ASAP’s Growing Minds program will retire at the end of the year. For our Faces of Local interview this month, we asked her to reflect on her time at ASAP and the growth the farm to school movement over the past two decades.

Can you talk about how Growing Minds came to exist?

I was teaching second and third grade at Hazelwood Elementary in Haywood County and I started a garden. Even children in this rural community didn’t know where their food came from. I was so ga-ga for gardens, I thought maybe it’s just me. But the next year I involved other teachers who were equally excited. We found all kinds of ways to integrate the garden into our curriculum. So ASAP wrote a grant to the Community Foundation of Western North Carolina, which provided funding for me to go across WNC developing more school gardens. Wherever there was interest, that’s where I went. Some of those earliest schools were West Buncombe Elementary and a school in Yancey County with only 45 students. At this point, 2002, it was just me going around helping people see the potential. I held community meetings, helped raise money, and enlisted partners to build garden beds. Then in 2004 we partnered with a national organization (that would go on to co-found the National Farm to School Network) to put on a workshop for parents, teachers, and school nutrition staffs. Following that, we started doing more full-on farm to school work.

Farm to school programs around the country have grown significantly in the past two decades. What has your experience been as someone who was there at the forefront of the movement?

When we were regional lead for National Farm to School Network, starting around 2006, I could tell you everybody doing farm to school work in those six states (Kentucky, Tennessee, North Carolina, South Carolina, and Georgia). It grew so much and so fast that within three or four years that was impossible. The National Farm to School Network made it a goal to enlist state agencies, the Departments of Agriculture and Education. They had an early focus on policy, such as mandatory farm to school funding, getting farm to school month established. That really helped set the stage for growth.

With Growing Minds, we were always extremely mindful of who we were working with. We wanted to create resources and trainings that made it as easy as possible for schools to implement. We wanted to be respectful of the families we reached, making sure ingredients were inexpensive and easy to find. We also really wanted to capture that awe and wonder for the children and celebrate the messiness and beauty of gardens, because everything else about school is so tidy.

Along the way, you determined that Growing Minds could have greater impact with an upstream approach. Why?

We were working with teachers and school nutrition directors that had already developed strategies. As a teacher, you’ve devoted time and investment, usually your own money, into collecting resources and books. Once you’ve done that, it’s super easy to get into a groove. We were asking them to do something new. We thought if we could bring this to people with fresh eyes before they got into that groove, that might be a spark. We developed a pilot in 2009 that became our Growing Minds @ University program, working with dietetic intern programs at three universities in WNC to train future dietitians to incorporate farm to school into their work. We started doing something similar for future preschool teachers in 2018, working with early care and education programs at community colleges around the state.

Growing Minds is unique as a farm to school program that is part of an organization with a mission to support farmers. How has that affected the work?

It grounds us in a way that a lot of other farm to school programs, especially coming from the health side, don’t have. They don’t always understand the impact on farmers. ASAP is very dedicated to finding most lucrative market for farmers. We don’t put all of our eggs in the procurement basket because we don’t think it’s the best market available to farmers.

Is it possible to pick a favorite memory during your time at ASAP?

One of my most favorite memories is from when we were working in a school in Mitchell County. There was a teacher who was just a rock star. She really embraced farm to school and integrated it into the curriculum. We took took two classes to Green Toe Ground Farm. We spent the day looking at the farm talking to the farmers, Nicole and Gaelen. We helped them plant strawberries and harvested vegetables. The next day we took all that food we had harvested and worked with the students to prepare it, dicing and cutting up the veggies. A chef from Asheville came up and helped us pull it all together into meal. We invited the students and their families to come back to school for dinner. The nutrition staff let us use the cafeteria, so we were behind the line making the food. The kids served as the waitstaff and told the story of how they had harvested it and how it was grown. A local musician played in the cafeteria. The farmers were there. Everyone came together and the children were the central piece of it. The karma of that school cafeteria was changed forever. Getting the kids be able to see it all the way through in just a few days back to back was a great experience.

What are you going to do next?

Children’s books were a big part of our the Growing Minds resources we developed and I still love that. So probably volunteer to work with kids with reading. I’ve had lots of ideas over the years of writing my own children’s book. That idea is still there. I’m going to travel with my husband and just have time with friends and family.