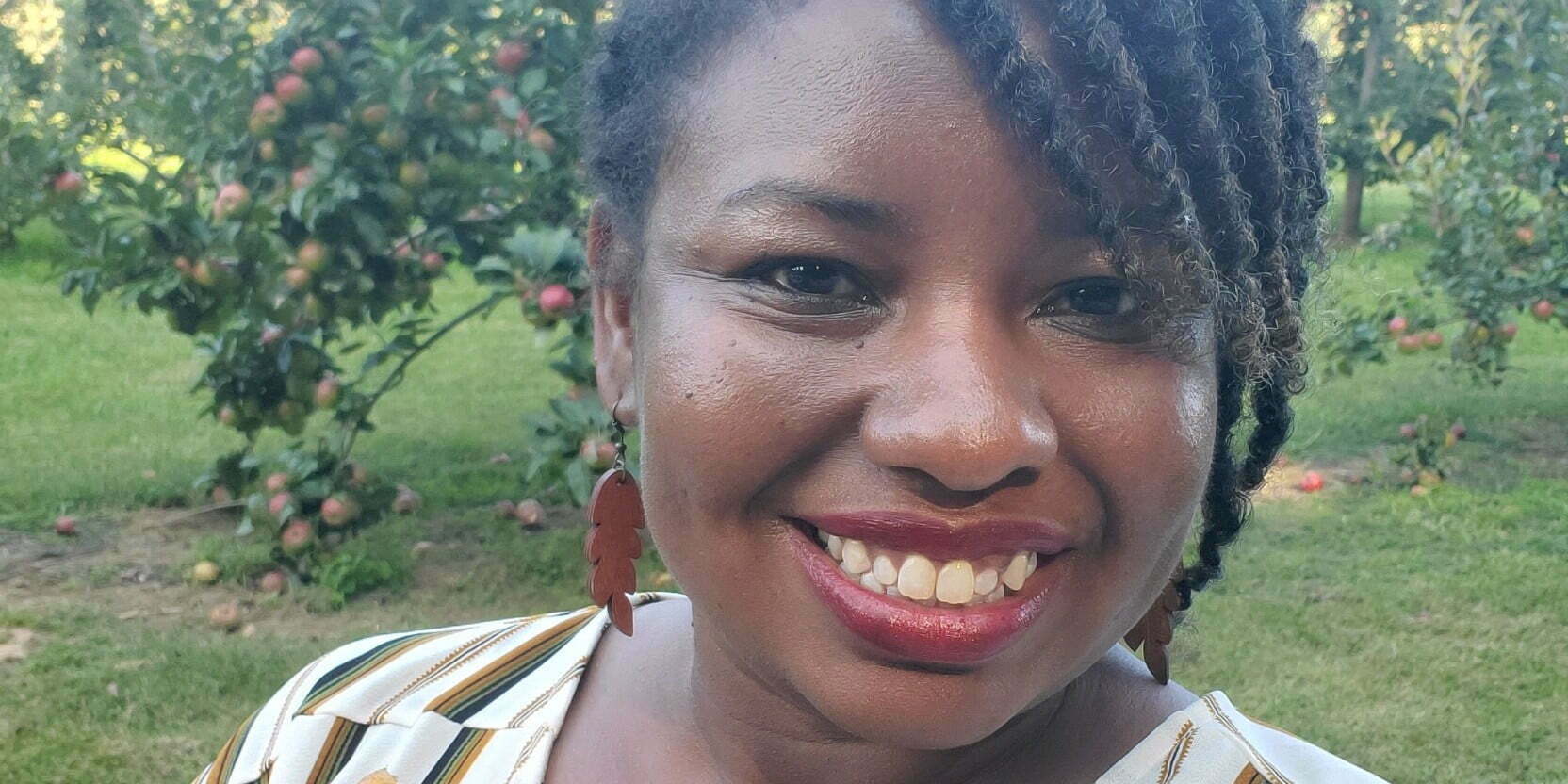 ASAP likes to share the stories of people who help us fulfill our mission. This month we’re talking to Tiana Kennell, the food and dining reporter for the Citizen Times. Tiana moved to Asheville last year from Shreveport, Louisiana, where she was the Louisiana Flavor Reporter for the Shreveport Times.

Did you get to have any farm experiences last fall?

I got here the first week of October, so I’m one week away from my anniversary. We were crazy busy unpacking, but I did make it out to Grandad’s Apples. Having grown up in Michigan, I was very excited about being in back a place with an apple season. We shot the apple cannon and bought cider and donuts, just had a whole afternoon. It was a great day.

In coming onto this job, something I communicated with the editors during my interview, is that I wanted to cover farms. I had done that in Louisiana, but I was so excited when I saw how many there are here. Whether it’s reporting or promotion, I want to put a spotlight on farmers—when they are struggling and need support, if they’re recovering from a storm, but also to tell people about what’s on their plate.

How have you gotten to know Asheville’s local food scene in the past year?

Talking to people, asking what they like. Online research, especially before I got here, and knowing I had certain food interests (for instance, my boyfriend is vegan). Showing up places. There’s always something new to explore. I’ve also learned to pay attention to what people put on their menus. If they mention farm or other community partners, then that’s someone I want to learn about, too. It’s a question I ask restaurants or businesses—who in the community are you working with? Though often people here are putting that first, before I’ve even asked. “We source from these farms, these producers.” There’s pride from local restaurants and businesses about those partnerships. It’s genuine.

Does that seem unique to this area?

I think what makes it unique is that we have so many local places. Coming from Louisiana, while we had local restaurants, there were a lot of chain restaurants, too. Or places that sometimes would say local, and then you would ask for a farm name, and it would be… [silence]. Asheville is a great place for small businesses to thrive, and collaborations come out of that. There’s a domino effect. You have environment where it’s easier to eat local because people have made those products available.

What are some of your favorite stories you’ve covered?

It’s so hard because stories differ so much. I can’t say I have a favorite story. I will say that what drives me to do what I do, and what I try to convey through my articles, is spotlighting a community, especially a community that doesn’t usually get the spotlight. Yes, we want to celebrate those with big names and hold them up and keep them going, but just as much I want to show new businesses. These are people who are trying, who have this passion. I love it when I get an email from a business owner that they had more people show up after I wrote an article. I know I’ve done my job.

This year you got to go on ASAP’s Farm Tour. What was your experience?

I was blown away by just how many experiences there were. “Farm” is really just a blanket word for all that is out there. It’s a farm tour, but we’re going to a creamery where they are passionate about making goat cheese. Then down the street are people growing grapes and producing wine. Then you go to another stop where Utopian Seed Project is growing all these crops you’ve never seen before—and at the same farm you have hemp! There’s such a diverse and robust offering here.

On the first day, I went out to Creasman Farms. I had spoken with Dawn, the owner, before, but I hadn’t been out there, and it was a great to really see what they were doing. Then Sideways Farm & Brewery was such a different experience. It’s in a residential neighborhood and they completely transformed the land. This is a community hangout, too, not just for the tour. Jeter Mountain Farm reminded me of where I used to go to in Michigan, but on an even larger scale.

I went with friends, and driving between farms, we never turned the radio on. We just had the windows down and talked. Being off the grid and having conversation was great. Every place had this sense of peace, and also community, seeing other people of all ages out on the tour.

Do you have any favorite fall dishes?

I asked friends on social media what to do with all the apples I bought at Creasman Farms. I plan to make an apple and goat cheese puff pastry. The goat cheese is from Mount Gilead Farm and French Broad Creamery, which I also got on the Farm Tour. Really, the reason why I haven’t cooked with these apples yet is because I’ve just been putting out a breakfast charcuterie board each morning with apples, goat cheese, and local sourwood honey.