Home » SMM Farm and Moreno Family Farm: Rediscovering the Past 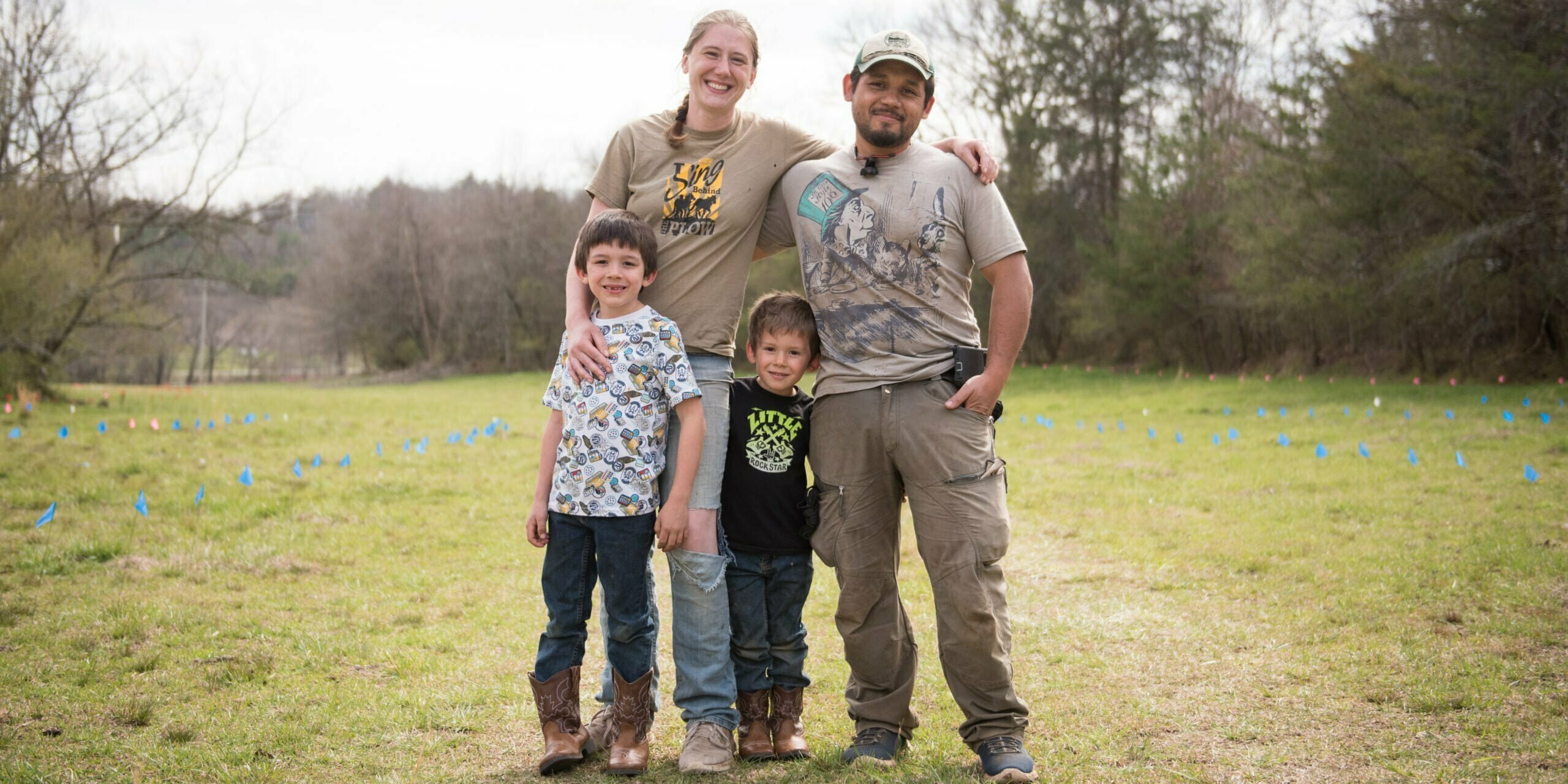 Shortly after signing the papers on their dream farm property in Hayesville, NC, Salvador and Alyssa Moreno took a walk with their kids, ages six and four. They found what turned out to be an old American hazelnut variety. “I said, ‘I think it’s poisonous and it will definitely kill us,’” laughs Salvador. “But we looked it up, and it was right there in the book.”

Discoveries like these on their new land—which have also included scuppernong vines and persimmon trees—are energizing the Moreno family as they take a regenerative approach for Moreno Family Farm.

“I’ve grown up doing conventional farming my whole life,” says Salvador. “You’re bending Mother Nature under an iron fist and wondering why we get our butts kicked every year. The system that we’re trying to use here feels like an innovation, but it’s how agriculture happened 100 years ago. Things like compost teas and cover crops aren’t new, but I’ve never heard of them used on a commercial scale. That’s exciting to me.”

For the past two decades, Salvador has farmed alongside his father at SMM Farm, growing staple crops like tomatoes, corn, beans, and strawberries for a wholesale broker as well as retail at their fruit stand. Salvador Sr.’s farming roots stretch back to his childhood in Guanajuato, Mexico, where he herded goats. He came to the U.S. in 1977 and farmed seasonally around the country before settling near Bryson City, NC, in the mid-1990s with his wife, Jesus, and two sons. In 2004, he found a large piece of land for lease in Hayesville, near the Georgia border, and he established SMM Farm.

As they work to get Moreno Family Farm up and running, Salvador and Alyssa will continue to be a part of SMM Farm, which is five minutes up the road from the new property. They’ll use the fruit stand as a base of operations and share equipment with Salvador Sr. They’re also looking for ways to make their own vision complement the existing farm, from focusing on perennial crops, like asparagus and cane fruits, to filling niches missing in the current fruit stand lineup.

“Anything that Senior is already doing, we don’t want to mess with,” says Alyssa, who manages the fruit stand. “Strawberries tend to go through June, but after that don’t have any fruit for customers or restaurants until watermelons and cantaloupes. We’re hoping to fill that in with a few things, like paw paw, apples, peaches.”

They’ll also introduce heirloom varieties that might appeal to some of the fruit stand’s newer customers—and maybe win over some old customers used to more traditional vegetables. “There’s an heirloom carrot from Uzbekistan, which is straight yellow, with a fruity, sweet flavor,” says Alyssa. “We’ll see how people feel about a yellow carrot.”

Population growth and shifting demographics in Clay County have brought in customers who ask more questions about how the food is grown, sometimes with preconceived ideas about organic versus low-spray practices.

“At end of the day Senior is still a commercial farm and he has to be able to sell to a wholesaler,” says Alyssa. “But we have an opportunity to talk about what a commercial operation looks like and what a regenerative operation looks like. The more customers
ask questions and the better you are able to answer, the more relationship you are able to have. Other fruit stands don’t have those relationships.”

Changing customer tastes are one challenge that the Morenos have responded to in recent years. But the bigger obstacle, says Alyssa, is weather.

“It’s been shifting for the past 15 years or so and getting worse,” she says. “Farming is always working with Mother Nature, but this is that to an extreme. We’re not getting the colder winters now and we see serious production issues through the year. Crazy pests come in. We’re hit by drought really hard, then a deluge, but that’s all the rain you’re going to get for the year. Plants have a hard time keeping up.”

All of this plays into the decision to use more regenerative practices for Moreno Family Farm. As much as possible, they want to work with Mother Nature, not against her. That means encouraging the native plants and trees they’re finding on the property—including some that would be considered weeds on a conventional farm, but play a role in soil health. Instead of clear cutting 10 wooded acres, they’ll use it for mushroom production.

“We’re trying to educate ourselves on how we did it in the past,” says Salvador. “My dad used to talk about growing peas and beans in the corn so you didn’t have to trellis. It saved work. Now that we have more education on what happens in soil, we know legumes are wonderful at drawing up nitrogen, so nitrogen-heavy plants like corn and wheats just love it to death. They were doing some really cool, advanced, regenerative practices and had no idea about it. That’s part of my excitement.”

So is the idea that he can pass that knowledge, as well as the land, on to his children, continuing the multigenerational farming legacy. Since SMM Farm’s land is leased, there is always some uncertainty about the future.

“This is a life preserver for us,” says Alyssa. “Doing it on our own land gives us that much more of benefit. We’re able to preserve something for our family.” They’re also able to preserve farmland in Clay County, which has become a bigger concern as they’ve
watched similar tracts become RV parks or housing subdivisions. Being able to raise their kids beside them is also a huge incentive to keep farming. “They’re out there, playing with bugs, seeing how things grow, and I get to see that,” says Alyssa.

Ten years ago, Salvador and Alyssa bought a house on Jarrett Road, which winds along pastureland parallel to the Hiwassee River. At one time, the land all belonged to a single farm, but has been broken up over time. The dream, they said to each other at the time, was to someday own the whole road, in order to preserve it as farmland. “It is beautiful and wholesome and we want our kids to see it that way in the future if we can,” says Alyssa. The new farm property sits on 30 acres, right across the street from their house, bringing that dream just a bit closer to reality.