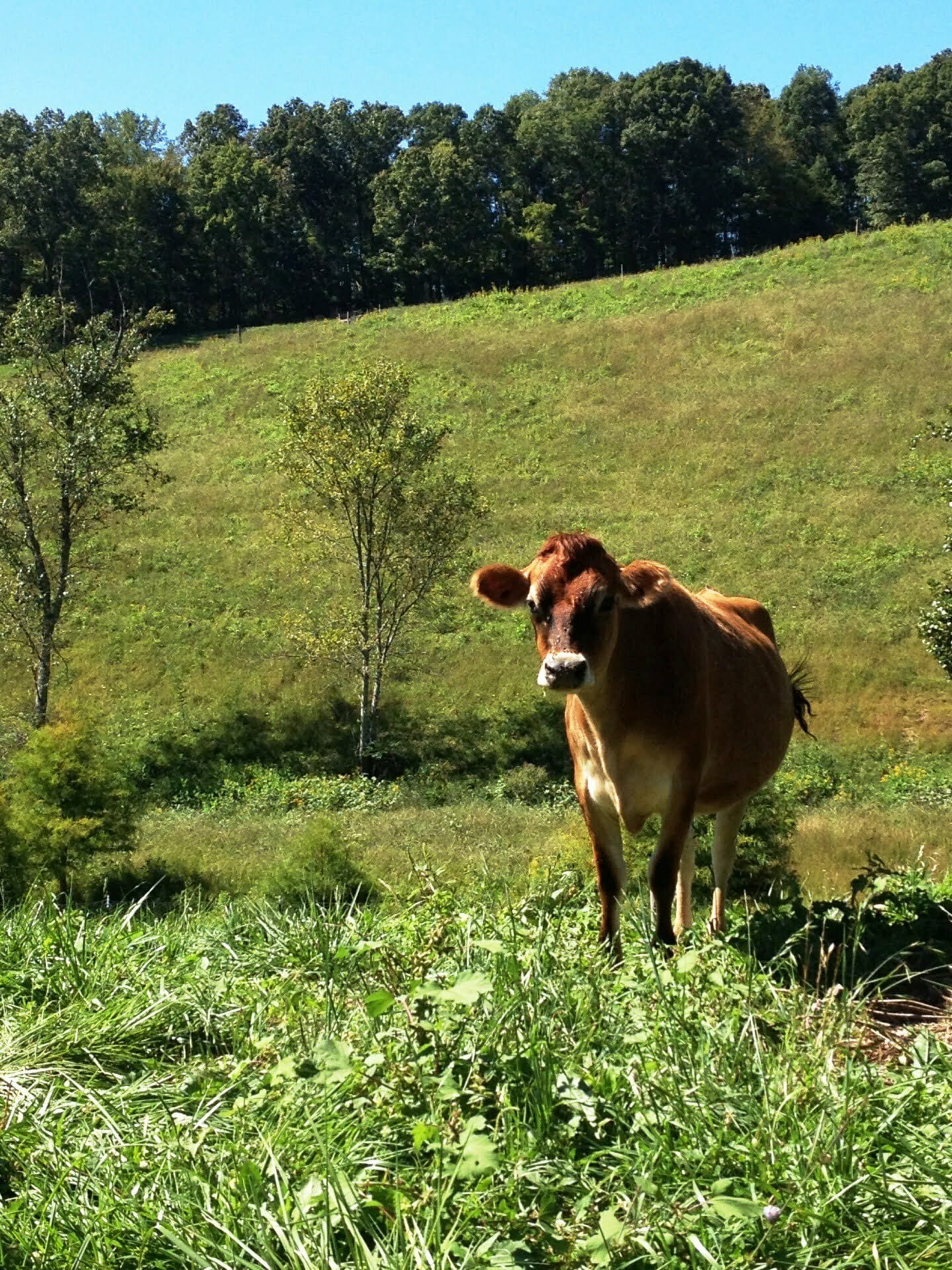 By Charlie Jackson and Allison Perrett

Food is the most basic of human necessities, and something we think about several times every day. In our current food system, the decisions on what we eat are commonly value-free, made without much or any knowledge of the human or natural resources used to produce the food. Poet, farmer, and scholar Wendell Berry has observed that the boundaries of the global economy are so large that its participants can neither see nor take responsibility for the impacts of their decisions. On a global scale, we participate in an economy of which we have no knowledge; we know nothing of how goods are produced—with whose hands, using what resources, extracted by what means. In this context, most ‘eaters’ have little or no understanding of food production; it is not part of the normal realm of human experience. Food simply comes from a supermarket shelf without any history, and we don’t think to think about how and where our food is being produced.  But, as Wendell Berry so famously put it, “eating is an agricultural act.”

In Western North Carolina agriculture is in transition. Two decades ago, and for most of the last century, tobacco was king. In the mid-1990s, anticipating the end of the federal tobacco program that had supported the tobacco economy, a group of farmers, agriculture support personnel, and concerned community members got together and asked themselves: What can we do to make sure that farming survives? That farms continue to be a part of our landscapes and communities?

The answer the group eventually hit upon was ‘local food.’ Localizing food production made sense for farmers and consumers. It could provide a market for the region’s smaller mountain farms that were unlikely to successfully compete in global markets. Profitable farms would keep farmland productive and out of development. Consumers would have an alternative to the mass produced food of the industrialized food system and, close to the source of production, have a say in how their food was being produced. In 2000, Appalachian Sustainable Agriculture Project (ASAP) launched a campaign to raise awareness about the region’s agriculture and the benefits of buying food grown by the region’s farms.

Today, with tobacco mostly gone, the region maintains a strong farming economy. Local food and farms have become a conspicuous part of the culture of the region, and the market for locally grown food is thriving. In the past decade, the number of farmers markets in the region has grown from just a handful to over 100; the number of farms with CSAs (Community Supported Agriculture) from just 10 to over 100. Farmers have responded to increased demand by growing a greater diversity of products. A decade ago ‘local food’ was mainly fresh produce. Today not only can we choose from a rich array of fresh fruits and vegetables but also locally raised meats, artisan cheeses, eggs, honey, mushrooms, herbs, and much more. To find it, shoppers don’t have to stick to the farmers markets, they can purchase from a number of grocery stores or order locally grown foods in restaurants. Students and teachers are eating local food in their school cafeterias. Hospitals are serving it to their staff and patients.

A dozen years ago ASAP’s Local Food Campaign was one of a handful in the country. Today, the degree to which local food has penetrated the public’s mindset is evident in a national movement – in a proliferation of local food campaigns across the country, in the growth in the number of alternative food markets like farmers markets and CSAs,  and in the number of food retailers with local food marketing programs. In the midst of all this excitement, there is also increasing scrutiny of the Local Food Movement – speculation on the economic, social,  and environmental benefits movement advocates claim.

Local food advocates like ASAP argue that localizing food production is the means to address the social, environmental, and economic “side effects” of the global food system. In 2011, ASAP launched the Local Food Research Center to study what happens when we localize food production and to test the idea that food production embedded in local communities leads to positive changes.

For ASAP, the idea of embeddedness is key to the transition of our food system; it is the basis of ASAP’s theory of change. Local food systems emerge from the ground up. Food production is grounded in the natural and human resources of a particular place. It responds to ecological limitations and possibilities. It emerges from the skills, ideas, and knowledge of local people. The boundaries of local food systems are relatively small, and this creates the opportunity for the development of feedback loops, the ability of community members to observe and monitor the impacts – good and bad – of agriculture.  Short food supply chains create transparency. Because food production happens where we live, we have knowledge of how it is being produced – by whom and using what means.

Anchored in communities, the processes involved in localizing production and consumption develop human and conceptual connections. Relationships develop around food production and provision and conceptually we re-learn about the connections between growing food, land use, labor, etc. These connections change the way we think about food and eating; our food decisions are conditioned by them.  Food in this context is not without history; it is connected to a person, to a landscape, to a growing sense of community. We make value-laden choices based on an appreciation of this interconnectivity. Collectively these choices directly shape the characteristics of the food that we eat and the way our food system works.

The relative maturity of local food as a movement in Western North Carolina provides a unique opportunity to study the transition to local food systems. How do we transition from a largely anonymous economy to one where decisions are embedded in the relationships and conditions of a particular place? How can localizing food systems bring about positive economic, environmental, and social change? What actions do we need to take to bring these changes about? In the coming months and years, ASAP’s Local Food Research Center will focus on these questions and others. With little long term research into the assumptions that are the foundation of the Local Food Movement, critical study of this region’s evolving food system will be relevant to its continued development and to the development of local food systems in other places.

Charlie Jackson
Executive Director at ASAP
Charlie Jackson is the Executive Director and founder of Appalachian Sustainable Agriculture Project (ASAP), one of the nation's oldest local food advocacy nonprofits in the country. He has a MA in history from the University of Maine and nearly two decades of experience in local food system development. At ASAP he is a researcher for the Local Food Research Center, which is studying the social, economic, and environmental impacts of localizing food systems.