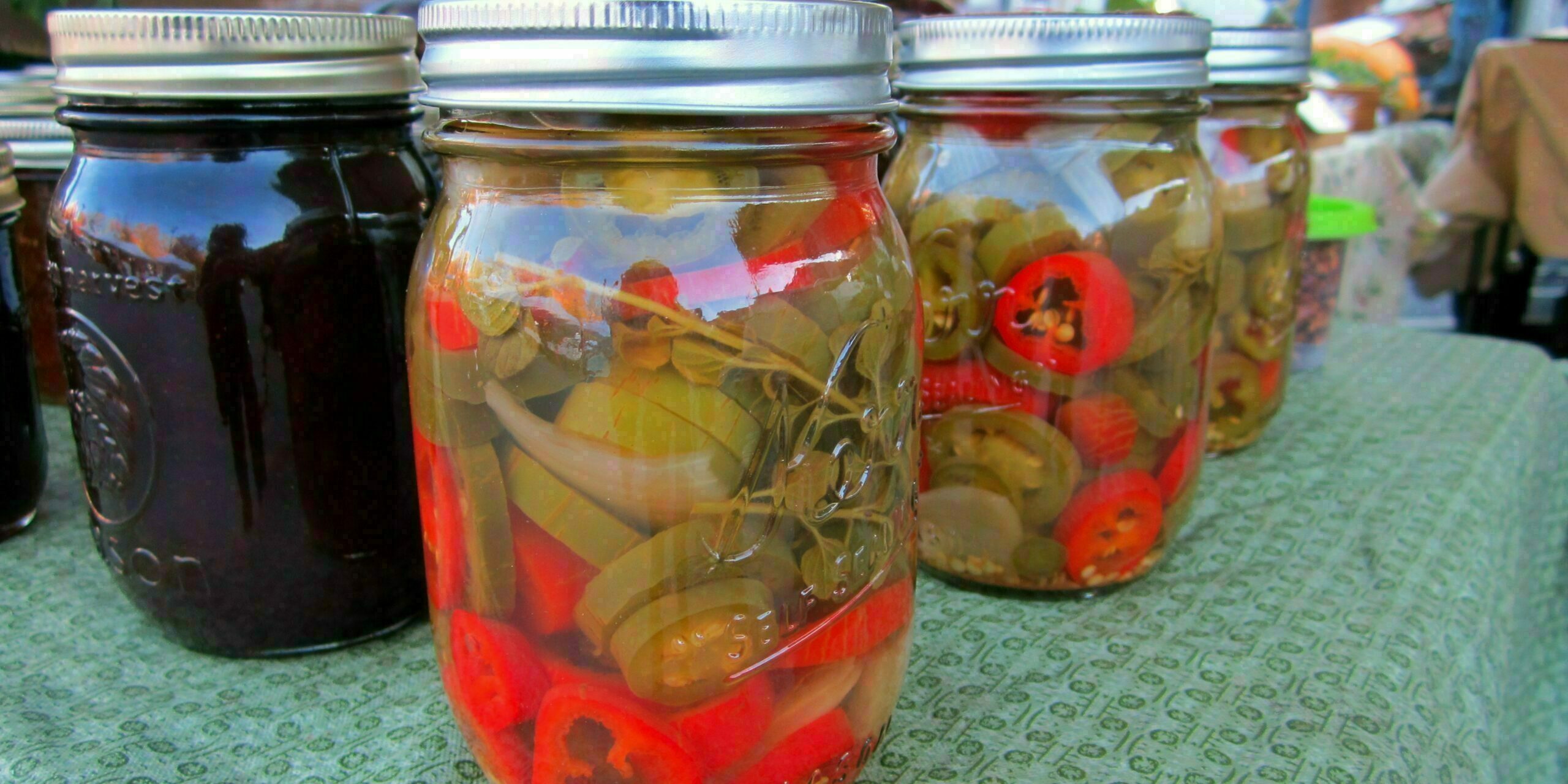 The arrival of earlier sunsets, cooler mornings, and early fall produce at farmers markets all signify the official beginning of fall this coming week! At markets you’ll find many fall staples including sweet potatoes, winter squashes, apples, onions, and more! While we’re excited about the return of some of our favorite fruits and vegetables, it may also be your last chance to take advantage of late summer harvests! Don’t forget to grab some of the last peppers, peaches, melons, plums, okra, and figs. If you’re not quite ready to say goodbye to the bounty of summer produce, now is the best time to experiment with different ways of preserving.

While fig season may seem short, this recipe for fig preserves will help make the honey-like, sweet flavor of the fruit last a little longer. Start by placing a pound and a half of fresh figs (stems removed) into a large pot, pour three and half of granulated sugar on top, then let sit overnight. After letting the figs and sugar sit for at least six hours, heat the pot on a stovetop over medium heat, stirring continuously until the sugar is dissolved. After a few minutes, reduce the heat to low, and add half of a thinly sliced lemon, and cook for another two hours. The final product should be a thick, syrup-like consistency. Divide the fig preserves between three clean jars, and add some shelf life by canning or freezing. These fig preserves taste great on a freshly baked biscuit, or served on bread with goat cheese! McConnell Farms is selling the last of this season’s figs at North Asheville Tailgate Market!

Make good use of the last of this season’s plums by making a delicious plum butter! Start by slicing your leftover plums (at least one pound) in half and remove the pit. Spread the plums evenly on a parchment lined baking sheet, and sprinkle one to two tablespoons of brown sugar on top. Bake for 30 to 40 minutes in a 350-degree oven, then transfer plums with the skins and juices into a slow cooker. Add a vanilla bean, and set the slow cooker on high for two hours, adding half a teaspoon of almond extract towards the end. After two hours, remove the vanilla bean and puree until smooth with an immersion blender. Set the slow cooker on low, and cook for an additional 8 to 10 hours. You can preserve the plum butter for up to a year by canning and storing at room temperature, or by keeping it frozen. Refrigerated plum butter can last for about two weeks.

Pickling is the way to go if you’re hoping to continue enjoying the unique taste of okra through the fall. Start this simple pickling process with a pound and a half of red or green okra, and three sterile, pint-sized canning jars. Divide your okra evenly between the three jars, then add one red chili and a teaspoon of fresh dill to each jar. You can also add garlic cloves, chopped onion, or another pepper of choice to your pickling mix! In a small saucepan, combine two cups of water, one cup of vinegar, and two tablespoons of salt, then bring to a rolling boil. Pour the hot brine over the okra and tightly seal the jars. Add your jars to a stockpot, then pour enough water to cover the jars by at least an inch. Bring the water to a boil, cover and process for 10 minutes. Find some okra and peppers for your pickling recipes from Ten Mile Farm (Asheville City Market and Black Mountain Tailgate Market), Olivette Farm (Asheville City Market and East Asheville Tailgate Market), and many more vendors at market!